Is this the greatest dadblasted nation on the face of the freakin’ planet, or what? 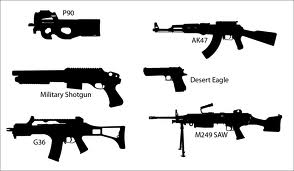 Despite the latest mass murder in Colorado, where mass murders seem to flourish, it’s clearly futile to rail against the gun-toting thugs whose defenders see every attempt at keeping weapons out of the hands of psychopaths as an assault on the constitution.

New York’s mayor is trying to go the anti-gun route anyway. He declares before the news cameras that both presidential candidates ought to take a stand against the insane gun culture that’s getting thousands of Americans blasted into oblivion, or crippled for life, for no reason at all. He is even calling for a police strike, which is only slightly nuts. It's on the nutty side because, with the police off the job, guess what class of lowlife will work overtime? And guess what will be coming out of bureau drawers and gun closets all over America?

All the same, I am in harmony with the mayor’s sentiments for once, if not with his remedy. But it’s easy for him to say what he’s saying. He’s not running for a national office. He doesn’t have to worry about showing up – no pun intended – in the National Rifle Association’s sights. What he's really saying is, Hey Obama, hey Romney, go take some heat even thought it's futile.

Remarkably, although there aren’t all that that many gun thugs,  they’ve got a ton of money behind them, with all the necessary lobbying tools. So woe to any official seeking re-election if he doesn’t score high on the NRA Gunometer.

In fact, the NRA has been doing its job so well, that with many states adapting shoot-first-and-ask-questions-later laws, also known as Stand Your Ground, that there’s hardly anything left for the NRA to do. Except maybe to make sure every six year old in kindergarten is wearing a fully loaded Glock on his belt, even when he's feeling a tad cranky. And maybe the NRA plans to demand a law mandating that every bartender give every drunk at his bar a loaded shotgun.

I mean, in what other civilized (or even uncivilized) nation on the face of the earth can a psychopath with mass murder on his mind drive to the local mall and pick up a gallon of milk, a six pack of beer,  a pound of American cheese, a bag of tortilla chips, an automatic assault rifle with a magazine capable of holding 100 rounds of ammo, and a thousand round box of spare hollow-nosed bullets, just in case he runs low while blowing away little kids, college students, elderly women and congressional representatives?

Is this a great freaking country or what?
Posted by The New York Crank at 5:34 PM

Thank you for taking the time to write on this topic.

Whatever you do, don't take their guns away. I love how it's always about the "hunting" Who needs and automatic assault weapon to kill deer? I am beginning to think the country has gone insane.

It is impressive that you believe someone can just walk into a store which sells milk and eggs and purchase a fully automatic weapon. This is precisely why your side of this discussion cannot seem to gain any traction. You don't know the facts which prevents you from speaking competently about an issue. If you can’t speak intelligently regarding a topic, you will never be able to gain the support of anyone on the topic which you are speaking.
With that said, here is the truth about the topic, which you should have researched before you began writing your piece, on guns in America.
1. Fully automatic firearms are regulated by three different federal laws.
2. No new fully automatic firearms have been permitted for sale into the general public, besides corporations who hold a certain class of FFL, since 1986.
3. Due to a limited supply of fully automatic weapons on the civilian market, the price of the few remaining fully automatic weapons have skyrocketed to between $9,0000 - $60,000 for each firearm.
Now, there have always been insane individuals. There will always be insane individuals. Trying to disarm the general population will not exterminate mass shootings. The reason I say this is because weapons have been available to the general public, which contains insane individuals, since the creation of weapons. The statistics show that guns are harder to get in America now than they have ever been. In the early 1930’s you could go to a gun shop and purchase a fully automatic Thompson Machinegun.
Despite popular belief, what has actually risen over the years is the amount of people gathered in areas who are mandated to be unarmed. Until the 1990’s schools were not gun-free zones. Airports were not gun-free zones.
When a criminal knows they will not meet opposition during their crime, they are more likely to commit the crime. If a 98 pound weakling wants to get revenge on people who are bigger or stronger than him/her, they will naturally want to pick a time when the bigger/stronger person cannot fight back. Insert a gun-free zone, and voila!
It may sound like I am against gun-free zones. I am not. What I am opposed to is carelessly creating a gun-free zone and not being prepared to defend the gun-free zone with lethal force. When you force a person to give up their ability to defend themselves, the person who forced them to give up defending themselves is now fully responsible to defend that person up to, and including, using lethal force.

You're quite right on one point, Anonymous. You can't easily get a fully automatic rifle. But you can get a semi-automatic, which lets you fire off rounds as fast as you can point your weapon at a classroom full of kids and pull the trigger. Ditto a pistol.

Thanks for enlightening us.

Yours with extreme crankiness,
The New York Crank