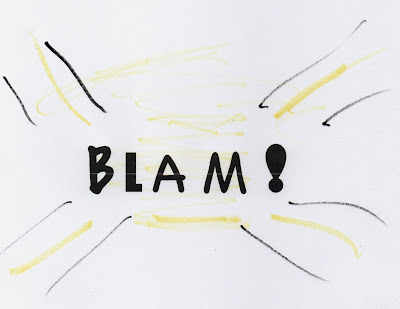 It has come to the attention of our Beloved President For Life By Popular Acclaim that certain of your American citizens have been spending prodigious sums of money to go to wildlife preserves in African nations to kill animals of endangered species for sport. These useless creatures are later skinned and turned into den rugs, or beheaded so that their heads eventually can be mounted on walls.

Extraordinary opportunity: Although the Sacred Republic of Aq'aboon has no such wildlife resources and is unjustly classified as an impoverished island nation, we believe there is an even better hunting opportunity in our Sacred Republic.  Our Beloved President For Life By Popular Acclaim cordially invites Americans to come to our island to hunt, shoot, skin, and behead actual people. Bows and arrows, rifles, shotguns and pistols are all acceptable weapons. For a slight extra fee, the hunters may also use machine guns and flame throwers, or clubs and spears.

Sustainable industry: After careful investigation, our National Ministry of Tourism has concluded that this is a sustainable sport, that would help us control our soaring population, bring needed U.S. Dollars and other foreign currencies into our economy, and increase the average per capita income of Aq'aboonian citizens.

Clear conscience killing: Americans could hunt the people we choose for them with clear consciences, because those individuals tagged for hunting would be known criminals, duly tried in our courts for their crimes and condemned to death. Thus, your valued clients would simply be aiding our nation's law enforcement and administration of justice. They could return home with their heads and their human skin area rugs feeling not only guilt-free, but also virtuous. If requested, we will supply your client, upon departure from our sacred nation. with a Certificate of Appreciation, certifying that the individual he or she shot and killed had already been scheduled for execution by our Government.

Ample human supplies: Moreover, there is no need to fear that we will run out of criminals. Our very efficient National Ministry of Justice, and our Internal Administration of Law Enforcement, is capable of identifying, trying and condemning criminals as fast as you can come here to kill them. Justice here is swift. We accuse, we arrest, we try and we condemn as needed. We can provide 24-hour turnarounds from the moment we receive an order for criminals until the moment we deliver them for shooting.

Complete marketing support: The Ministry of Tourism's marketing department has developed a preliminary marketing program, of which you may also avail yourself. Please bear in mind that we pay travel agents a generous commission. Here are some other points to note:

1. We will provide you with a list of potential clients in your marketing area. Our market research has determined that, due to a quirk in the American health care system, a large percentage of these individuals are dentists. Their fees are not regulated and have been escalating to whatever the traffic can bear. Unlike medical costs, there is no cost-containment movement for dentistry in the United Sates. Consequently, dentists are a group with plenty of disposable income and, given the routine nature of their work, a high boredom factor which can be leveraged to sell offbeat vacations such as ours.  Moreover, dentists tend to be self-employed, work regular hours and can easily arrange for the vacation time to come to Aq'aboon and hunt.

2. While there is no air transport from United States airports to the Sacred Republic of Aq'aboon, there are connecting flights from five other nations in our nation's hemisphere. Air Aq'aboon pays generous travel agent commissions.

3. Several new deluxe hotels are under construction in Aq'aboon City, which is conveniently close to the hunting grounds via ground transport or helicopter. We will be happy assist in arranging package vacations which include air fare, hotel stay, meals, local transport, guide, and one trophy Aq'aboonian criminal. (Additional trophies will be available at additional charge.)

5. We are excited to report that we are developing a "create your own style of execution" program, enabling your dentists and other clients to devise a means of their own invention for executions.

For further details: Contact your nearest Sacred Republic of Aq'aboon consular office and ask to speak with the chief local tourism officer.

Posted by The New York Crank at 2:26 PM 0 comments

Mysterious Headline From The Inscrutable Copy Desk At Reuters

The headline below  appeared today, July 15, at the Reuters website.

I know the Reuters management is probably trying to save money by editing its copy in some Third World hell hole, and that the headline's author probably hasn't completed his English as a Second Language course yet, but can anyone hazard a guess as to what this headline is trying to tell us?

Please note: I"m perfectly well aware that if you click on the headline you'll learn from the the story what the headline means.  But that would be cheating. All the same, you can take solace in the fact that at least the reporter can write in English.

Posted by The New York Crank at 4:08 PM 0 comments

Rand Paul: "Oh boo hoo! They're attacking me. They're being so mean to me! They're asking me gotcha questions that I'm too ill informed or unprepared to answer. Oh, boo hoo, boo hoohoo!"


From an e-mail received by the New York Crank in one of my blind mail drops, designed to monitor the activities of The Dark Side:

Crank,  from the day I announced my candidacy for President the left hurled one smear after another.

In the last year, the Democratic National Committee attacked me 203 times on social media and in press releases.

In fact, in April they targeted me 71 times!

That was the highest number of any candidate in any month.

And since my first week on the trail, Hillary's allies in the liberal media threw "gotcha" questions at me to destroy my campaign and select our party's nominee.

So I need your help to fight back.

You and I can't allow attacks by the Democrats and their pals in the press to pick our nominee.

Another tired establishment candidate is a recipe for defeat.

Americans are hungering for a candidate to upend the Big Government status quo.

I proved when I forced President Obama's illegal NSA spying to expire I was serious about defeating the Washington Machine.

And just recently I proposed driving a stake through the heart of the IRS with my 14.5% Fair and Flat tax plan – which will return over $2 trillion to the paychecks of American workers and kick start our stagnant economy.

The American people recognize I mean business and the polls prove I'm the Republican best positioned to defeat Hillary Clinton.

So the left's attack dogs are pointed in my direction.

The more they smear me, the more I know our movement to take our country back is growing.

But I need your help to fight back right away.

Please chip in a contribution of $ 20.16 so my campaign has the resources necessary to combat the Democrats attack on email, social media and online ads.

Rand, Rand, I get that this is all a come-on to shake me up, rattle my bones, and make me cough up money. And I also know you don't have diddley-squat to fire me up, except the empty claim of being smeared. If the smears were really smears, not simply folks pointing out the truth about you, you'd refute them. I even know you want me to remember you're running for President in 2016, and that's why you want $20.16. But what the hell are you going to do with the sixteen cents?
Posted by The New York Crank at 5:36 PM 0 comments