So long until early-ish September 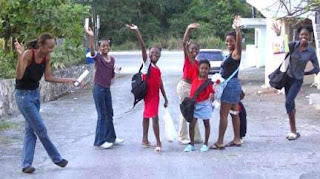 Even a crank needs a vacation. I'm on mine. You got a problem with that?

Posted by The New York Crank at 4:52 PM 0 comments

Answer quick, John McCain: You have a goose that lays golden eggs. You should A) Kill and eat the goose B) Smash the eggs C) Drill for oil 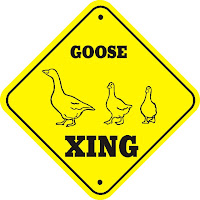 It’s becoming clear that we Americans have a unique talent for ruining ourselves and our nation. It didn’t used to be this way. But the Republican Party and their know-nothing candidate, John McCain, seem hellbent on driving this country’s economy off a cliff.

Drilling our way to national ruin
Case in point: McCain’s contagiously stubbornly ignorant insistence that we can drill our way out of current high gasoline prices by drilling for small amounts of oil that won’t come to market for about ten years anyway – meanwhile endangering with pollution our coastlines and unspoiled wilderness of Alaska.

Bob Herbert, one of the more sensible op-ed columnists at the New York Times, sums it all up here.

Meanwhile, golden opportunities – hard times always lay golden eggs for those who look for them – are falling into the hands of this nation’s competitors. We could have a new and highly profitable industry manufacturing wind generators. Instead, orders for these high tech energy machines that generate power essentially for free after they are installed are going to other nations, from Denmark to China, while McCain’s backward policy keeps demanding we pump for oil.

And because we keep spending our money on oil, we’re showering other nations with a gusher of our own cash – not only nations like Saudi Arabia, that pump the oil, but also nations like China, from whom we keep borrowing more and more money because our own has less and less value thanks to all the oil we consume.

How about buggy whips, John?

John McCain’s yearning to somehow find a few drops more of oil is about as forward thinking as a huge Congressional appropriation to save the buggy whip industry. Oil is a backward technology. It’s time to move on, before the rest of the world eats what’s left of our lunch.

But John McCain thinks – and perhaps he’s right, suckers – that he can win a presidency by yelling “Drill, drill, drill!”

If that’s our solution, we’re dead, dead, dead. And when our economy goes, so will our living standard, our colleges and universities, our technology, and our national defense.
Posted by The New York Crank at 10:26 AM 0 comments 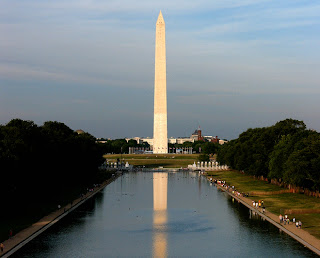 I’ve been meaning to rant about this for some time now, but you know, it’s summer and I’ve been lazy.

Well, enough with all the procrastination. And besides, more than enough bloggers (not to mention Paris Hilton) have been rightfully pointing out what an idiot John McCain is, not to mention the idiots who surround him. There's no percentage in my wasting breath on more of the same.

McCain, McShmane.
How about those building climbers?

So instead of slamming the too-easy-to-slam McCain, here’s a gratuitous sneer for all those dudes who may put a newspaper out of business by diverting the company’s capital from publishing newspapers to protecting their physical flanks from dingbats who like to climb buildings.

Perhaps that’s because the architects surrounded the building with bars that trigger thoughts of jungle gym in juvenile minds. (Picture)

At any rate, the climbers keep climbing, endangering pedestrians and passers by, not to mention news gatherers going in and out of the building. And the Times keeps having to modify the building to discourage climbing and the big splat that one of those climbers will make one of these days.

Let’s take these climbing attempts for what they are. The perpetrators are not only guilty of suicidal idiocy. They’re not only recklessly endangering people on the crowded streets below.

Their actions also constitute an attack on the solvency (and therefore the freedom) of the press.

Look, Dumbo, if you want to climb a challenging building, go climb the Washington monument. It looks a lot harder. You’ll stand out better against one of its plain granite facets. And if the police don’t shoot you off it, you’re more likely just to fall in front of a throng of tourists, all of them holding cameras.

This will assure you of a posthumous You Tube moment, plus your constitutionally guaranteed 15 minutes of fame.

Get out of New York and go for it, fella.

Posted by The New York Crank at 6:01 PM 1 comments 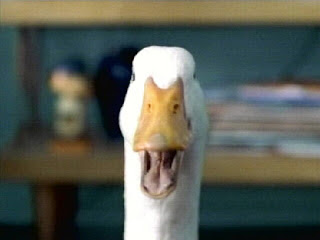 Back in February of last year, I did a cranky rant called “The tale of the duck and the dumbbell” about Jeffrey Herbert. He was the CMO (that’s corporate jargon for “Chief Marketing Officer”) who had just arrived at his job at the AFLAC insurance giant and announced he was going to do in the duck.

Well, maybe that reference to "do in" is a bit extreme. Actually, various press reports had Herbert plotting to “downsize” the duck, "clip its wings" and make it "take a backseat." My own cranky blog piece, comparing Jeff Herbert to Elmer Fudd, stated:

Y’see, in violation of the late David Ogilvy’s rule that “the consumer is not a moron, she is your wife,” Chief Marketing Officer Jeff Herbert-Fudd has decided that a moron is exactly what you and your wife are.

According to Advertising Age, “’Our industry is a difficult one for the average consumer to understand,’ Mr. Herbert said. ‘We want to move our brand from being known to owned.’ And that means new creative, new products and a rethinking of the media plan.”

In short, CMO Jeff Herbert-Fudd plans to kill the Duck. Or at least roast its hiney to an unrecognizable crisp.

In keeping with The New York Crank’s editorial policy of calling an imbecile an imbecile, we crankily reminded the high mucky-mucks of advertising:

CMO Jeff Herbert-Fudd, like another dodo named George Bush, can’t get the first rule of success through his head: "If it ain’t busted, don’t fix it." Ignoring the rule is how we got into Iraq. It's also how CMO Jeff Herbert-Fudd is going to shoot down the most successful advertising symbol in decades and help send the company into a tailspin.

Did Herbert listen? Well, maybe halfway. While the duck never entirely went away, he was upstaged for quite some time by a billy goat who said “naaa” when asked if he enjoyed the kind of insurance benefits AFLAC afforded. (Get it, get it?)

Ducks and goats
quacking and sacking

Little by little over the past few months, I became aware that the billy goat was gone from AFLAC advertising, leaving only the duck to do the spokes-quacking. What was going on here?

A little research provided the answer. In trying to fix what wasn’t broken, CMO Jeff Herbert in less than a year on the job got his career at AFLAC quacked. Oh very well then, croaked. The official word was that he “resigned.” Isn’t that almost always the official word?

All this is proof again that if you try to bury a TV advertising symbol that has made 85% of the public aware of your brand under a dumb media plan that uses billboard advertising and TV billy goats, management will eventually take you for the expendable jackass you are.

I have only one thing to say to the person at AFLAC who made the decision: Good for you, ducky!
Posted by The New York Crank at 5:12 PM 0 comments