Fair is fair. I earn 50 times as much income as you. So you should pay a much higher percentage of your income in taxes than me.

If that sounds like a whack-o theory to you, if it sounds like unfair taxation, it’s because you don’t earn over $10 million a year and have a team of lobbyists at your beck and call.

The Times article in question had to do with the news that New York State, desperate for income to run schools and maintain police and other public services, is trying to enact a law that would make hedge fund managers pay more tax on some of the money they earn.

at lower tax rates than you and me

Seems that hedge fund managers get 20 percent of any profits they produce for their customers. This can come to million, tens of millions, even hundreds of millions of dollars a year.

But the money is only taxed as a capital gain, which has a maximum tax rate of 15 percent.

Now a special rate on capital gains has its useful purposes. It encourages people to risk money to invest in businesses that may eventually produce growth for our economy.

Heads they win, tails you lose,

either way you're screwed

So let’s see. Let’s say I’m a hedge fund manager and I make $50 million in commissions. I pay 15 percent of that in taxes. Meanwhile, you’re a small plumbing contractor. In 2009 you earned $68,000. Your maximum tax rate on a good chunk of that money is 25 percent.

See, we’ve got to redistribute your earnings to hedge fund millionaires and billionaires. Who says so? The lobbyist who bought your Congressman and Senator say so. As do the tea bag heads and Republicans who are still talking about cutting taxes. It’s not your taxes they’re planning to cut, pal. It’s the taxes on billionaires.

We seem to get more prosperity

when tax rates on the rich are higher

Ironically, during the post WWII boom years, we had tax rates as high as 88 percent on the top income earners. Yet that was the age of prosperity that any of us old enough to remember look back on nostalgically—when almost anyone with a middle class job could afford to send a couple of kids to college entirely out of his own pocket, buy a house, earn a nice car, and still put a few bucks away for a rainy day.

Then the Reagan administration came. They gave us a recession, along with a drop in the maximum tax rate to 50 percent. Now we’re down to 35 percent and the economy’s in the toilet.

Posted by The New York Crank at 3:15 PM 1 comments

BP to cleanup workers: "We don't care if you die of leukemia or brain damage. Wear a respirator and you're fired!" 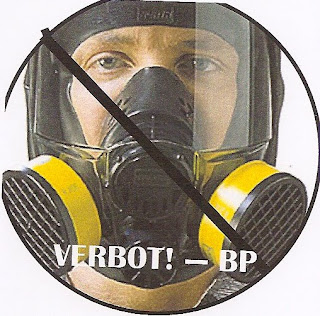 The headline on Racewire is chilling. "BP Threatens to Fire Cleanup Workers Who Wear Their Own Safety Gear."

But at the same time, BP is not supplying respirators and other safety equipment to its cleanup crews.

Already the symptoms of illness are spreading. They include nausea, dizziness and breathing problems.

The article points out that both the oil and disperants getting sprayed on it are "highly toxic" and contain compounds that include benzene, tolulene and xylene. In the long run these can cause leukemia and brain damage.

So why is BP refusing to let its workers wear respirators? Your guess is as good as mine, and what I'm guessing is that BP doesn't want any "negative looking" photographs of people wearing respirators or hazmat suits — even though the workers are clearly dealing with hazardous materials. That kind of photograph in the media would intensify the well-deserved rage against BP.

So for the sake of nicer-looking publicity photographs, BP is willing to kill off some of the workers.

Surefire bet: If the lives of the cleanup workers aren't worth crap to BP, neither is yours.

The Louisiana Environmental Protection Network has since begun getting hazmat clothing and respirators to some of the work crews.

Will BP pay for this? Are they willing to accept a few bad photo ops if it saves workers' lives? Who knows? But you can put your name on a petition to make them pay here.

It's time to call a Brit a Brit. Got that, Brits?

We've got Brits calling Americans "anti-British" because somebody over here referred to BP by its old name, British Petroleum.

No, we Americans are "anti-British" for wanting the owners of BP to pay for the damage.

Do I feel sorry for British pensioners who now will have less to live on, at least for a while? Sure. But I feel sorrier for the entire gulf coast of the United States, which is drowning under British Pet...oh, sorry, BP's mess.

Meanwhile, we've got President Obama sounding more and more like a Professor of Mediation Practice at the Graduate School of Social Work, and less and less like a President who can seize this opportunity, wring money out of a recalcitrant Congress, and apply it to an energy project that would resemble the Manhattan Project of WWII, or the space program of the 1960s.

I could probably go look up the links and put them in here, but I'm too down on current events. I've been down on it for weeks, which is why I'm posting so little lately. 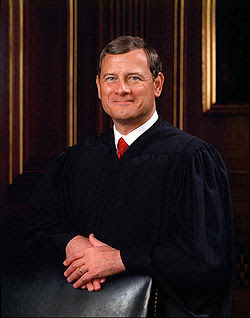