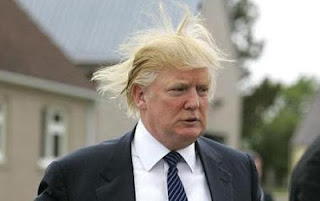 Trump said that "everyone is entitled to their own opinion," and that many people have questioned the legitimacy of Obama's birth certificate. When he was asked to say who, Trump replied, "I don't give names." –ABC NEWS report

One might, if one were either uncharitable or bluntly honest, conclude that Donald Trump is lying through his teeth, distrupting the electoral process, and that he’s acting not much differently than an agent provocateur sent by Al Queda might act if Al Queda were sending people here to roil the American presidential election and give America a black eye. And perhaps, if they follow Donald Trump's cues, they will.

And then there’s the man Trump supports and is giving money to, Mitt Romney. Here's what Romney said when asked about accepting Trump's money and support:

"You know, I don't agree with all the people who support me, and my guess is they don't all agree with everything I believe in," Romney told reporters on Monday. "But I need to get 50.1 percent or more, and I'm appreciative to have the help of a lot of good people."


Both quotes, here lifted from an ABC news story but appearing in many other media, are getting around the Internet like a cockroach infestation in a garbage dump.

But wait, Trump and Romney can’t play that game unchallenged. So here I go, treating Trump and Romney as if they had Democratic doppelgangers. And I'm not saying what follows is true. I'm just saying that this is what I'm saying.

I believe that Donald Trump is a bonafide Nazi. The reason he combs his hair forward is that he has a giant Nazi swastika tattoo on his giant bald spot, and he’s trying to hide it.

Why do I believe this? Plenty of people have told me they’ve seen Trump in locker rooms and places, quickly combing over the swastika on his giant bald spot. Who? I don’t give names. Same as Donald doesn't.

But the reason I believe this is true is, if Trump is not a Nazi, why doesn’t he shave off that ridiculous comb-over and show us what’s tattooed on his giant bald spot? You know why and I know why. So who does Trump think he’s kidding?

As for Romney, why is he refusing to repudiate Nazis and the swastika on Donald Trump’s giant combed over bald spot? Do I have to spell it out for you. Okay then:

So in other words, Romney is planning to sell out America to the Nazis for a few extra percentage points in the election. That's why he refuses to repudiate Trump. And don’t just take my word for it. Lots of people say so, and don’t ask me who. Like Trump and I have both said, I don’t give names.

Besides, if this isn’t true, how come Trump hasn’t shown us his college transcript and his tax returns for the last ten years? And why has Romney limited showing his own tax returns to only two years? Why not ten years' worth like Obama has done?

If Trump and Romney weren’t members of subversive Nazi college organizations, they ought to prove it. They should release their college transcripts. They should also release their tax returns for the last ten years, all their family papers including the closing papers on their homes, and shave their heads. Otherwise I have to keep believing they're both Nazis with secret tattoos, out to subvert America and the Constitution.

That’s my opinion, I’m entitled to it, and I’m not backing down. Pass this along.
Posted by The New York Crank at 4:59 PM 0 comments

It was back in 2006 that Jack Shafer posted a piece in Slate magazine about the New York Post’s over-use of the slangy word “perv.”  For the eight years ended with the article’s publication, the Post had used the word “perv” in headlines “at least” 642 times, and shoehorned in the word pervert in 59 more stories, Shafer grumbled.

“That’s almost 90 a year,” added Shafer, who may have been writing with a calculator on his desktop, foreshadowing CNN anchor Erin Burnett’s TV puff piece self-hyping her credentials on the grounds that when she was a business reporter she always ran her own numbers.

But Slate's story wasn’t just about pervy bean counting. Shafer had a point to make. “It’s not just that the Post goes there. It’s that they go there so often. It’s enough to make you wonder, who are the real pervs?” he asked.

Some of the stories had to do with people I’d agree are perverts. In other cases, the label is so egregiously pasted on so many people that you gotta wonder whether the mere act of pasting labels has become a perversion.

It’s so bad that now the Daily News and other local and online publications are getting their teeth into the P-word. This is one of Rupert Murdoch’s lesser contributions to the quality of life in New York. Although, come to think of it, I can’t put my finger on any greater ones just now.

That is why I’m so thrilled that Murdoch’s right-hand editorial woman, Rebekah Brooks, has been busted in England for “conspiring to pervert justice.” Oh the pervyness of it all!

Look, given the loosey-goosey way in which Murdoch publications pitch people as pervs, I’m glad to invoke similar standards in judging Brooks. She spells her named “Rebekah?” Right there, that spelling is pervy. Have you seen a picture of her red dredlocks? Pervy if you ask me.

All kidding aside, perverting justice is no joke in England.

All this journalistic hackery has led to phone hacking, trial-by-headlines, a perversion (there’s that word again) of the American justice system as well as the British, and probably to sour milk in supermarkets.

What should we do? If it were up to me, I’d throw Murdoch, Brooks and the entie editorial staff of the New York Post in the pig barn, lock the door, and throw away the key.
Posted by The New York Crank at 3:01 PM 0 comments 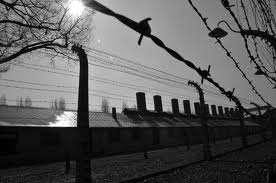 I started in advertising during the "Madmen" era. I think the TV show by that name has the office architecture of the time right, but the spirit wrong. I got into the business and and stayed in it because everybody in the better ad agencies was having fun.

Yes, there was smoking, and drinking (and later on marijuana-ing) not to mention tons of fornicating. But all those people on Madmen go about it with such intense, gloomy, humorless earnestness. We were having a ball – telling stories about this one who woke up in the wrong bed on Christmas morning, and that one, who woke up on New Year's eve on a pland to the opposite coast with somebody from the office, not his wife, snuggling up to him him, and the one whose secretary-and-girlfriend parked what turned out to be a stolen Mercedes in his suburban driveway "just for a few days," before she vanished. And then his wife began asking question.

But it's all changed. Now, in real life ad agencies, it's  gloom without even the cheating. I don't think those poor bastards could even find the time to cheat.

I got called into an ad agency (which I shall not name here) to do some freelance work a few days ago. The pay by the hour is pretty pathetic by my old advertising agency standards, but they work so many hours you can make it up on volume.

Hey, it's no fun. But then, the only fun these days is getting enjoyed by the one percent who on Saturday mornings get in their golf carts and head for the next hole.

With the new wife.

Besides, a man's gotta work so a man can eat.

He knows a horror when he sees one. Novelist Stephen King slams Mitt Romney, Chris Christie and other fat cat, greedy Republicans

In a knock-‘em-down-and-stomp-‘em essay in the Daily Beast, horror novelist Stephen King minces no words, not even the four letter ones. For example, there’s this:

“I’ve known rich people, and why not, since I’m one of them? The majority would rather douse their dicks with lighter fluid, strike a match, and dance around singing “Disco Inferno” than pay one more cent in taxes to Uncle Sugar.”

But why should I quote snippets of King out of context when you can read the whole enraged, hard-hitting, spare-no-epithets piece in one delicious gulp.

Go here and read it, now!