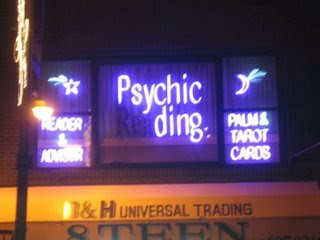 I work in a gritty New York garment center neighborhood.

It’s peopled by bicycle messengers attempting to mow down pedestrians on the sidewalk, the world’s greasiest non-affiliated fried chicken joint, a shop that features cigarettes and an extremely busy lotto machine, a liquor store with a plastic shield between its salespeople and its customers, a massage parlor, and lots of wholesale garment outfits, some of which seem to be pitching their sales toward a retail store somewhere that must be called The Hooker Supply House.

But my favorite retail business on the block is the political fortune teller, Mme. Galzogorist.

Recently, I climbed a steep flight to her walkup high-tech Situation Center (see photograph above) and asked her to predict the top 10 headlines of the coming year.

“Murky vibrations in my crystal ball prevent me from giving you all 10,” she said, “especially since all you have in your hand is half a sawbuck and a George. But for that kind of money, I’ll give you six. A buck each.”

She had a deal. Here’s are the headlines she predicts we’ll be seeing before the end of the year.

Ungandan judge, revealed to
be closet gay, sentences self
to death under new law

Palin clarifies her view of foreign policy:
“Yes, you can see Russia on a clear day
from my porch—but you need a telescope”

Obama declares that ending war in Iraq, like the Public Option, was "not something I campaigned on.”

That's all for now. I'm off to a Mexico vacation for sun, cerveza and tequilla. See you some time in January.

Posted by The New York Crank at 2:08 PM 0 comments 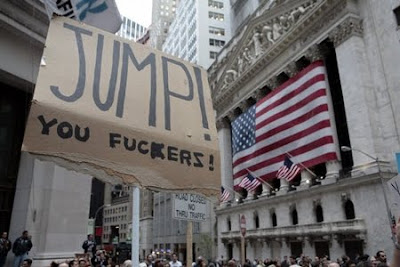 Is America turning into a Third World nation? Read this, then decide. 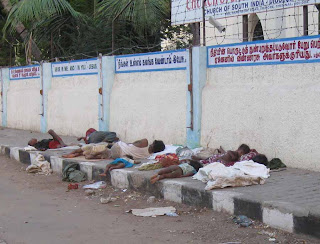 It started under Ronald Reagan, rapidly accelerated under George W. Bush — and Barack Obama is doing far too little to stop it. For example, here are some of the characteristics common to many Third World nations. Check out the links for just a taste of how the United States stacks up.


4. Third World Countries are thought of as having poor educational system with enrollment at the best universities essentially limited to the wealthy.

6. In the Third World there is wide spread unemployment with little predicted change in the near future.

7. Typically, Third World nations are characterized by a military too weak to sustain resistance to invasion by significant foreign forces.

8. Rotting (or almost no) infrastructure.

9. Under repressive Third World governments, people “disappear” into torture dungeons while officials have little or no fear of being brought to justice for their acts.

Editor and Publisher is kaput. I will miss it. Not very badly, since I am long out of the newspaper business. But badly enough.

I began perusing its classified ads as a college newspaper editor in search of summer jobs and a career. More recently, nearly a half century after college graduation, I still perused its editorial content on the web — as a clue to what was going on in the business I had fecklessly abandoned in my early 20s, in search of better money.

I made the money. Or what I thought was money in my naive youth. But I always missed the adrenalin-fueled joy of being there when gangsters, hookers, politicians, clowns, killers, cops, suicides and celebrities did their thing. Not to mention the occasional triumph of finding out — before anyone else did — what they were doing that they didn't want the world to know.

I was about to write a long appreciation of E&P, but my friend Underbelly-Buce, my first mentor at the college newspaper, has explained the initial attraction better than I could.

As it turns out, he also explained it better than the two writers at E&P who covered the loss of their own pay checks. Well, that's understandable. It's never a good idea to ask someone to cover his own execution.

Posted by The New York Crank at 1:54 PM 0 comments

Another reason to break up the big banks: Citibank took your hard earned tax money and gave it to Arabs who promptly blew it. You can’t make this up. 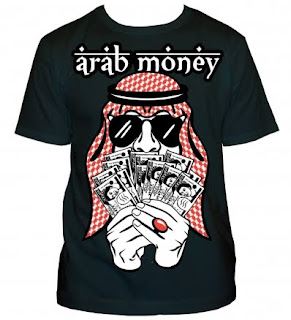 By now I guess nearly everybody knows that many financial institutions would have gone out of business, leaving their limousine-riding, cash-flush, bonus-sucking execs on the financial rocks if it hadn’t been for TARP, the Troubled Asset Relief Program.

That's the program that handed the banks billions of bucks that you and I gave in taxes.

And I guess nearly everybody knows that many of those institutions took some fairly large gobs of that TARP money and put it in their own bonus envelopes. But there still should be some left.

So why is your small business still having trouble borrowing bank money to expand, make new products, hire more people and put America back to work while we suffer from over 10 percent unemployment?

Buried in the 12th and 13th paragraph of a story by Andrew Ross Sorkin in the New York Times on December 1 was a revealing answer — revealing, at least, if it’s Citibank that won’t extend your American business a loan. Or sell you a mortgage even though you have a good income. Or that’s charging outrageous interest rates on your credit card, while it pays close to zippo on the prime.

Citibank took a huge gob of your tax money and gave it to a bunch of Arabs in the Persian Gulf.

I’m deliberately saying “gave it” because the Arab enterprise, an architecturally grandiose entity called “Dubai World” — featuring what I think is the world’s only indoor artificial ski slope in a tropical desert —was as financially shaky as a tower of blocks built on a mound of jello cubes.

Well, if you read Sorkin’s column carefully, it would seem the Citibankers thought that the government of Abu Dhabi would give Dubai World a bailout, just as the US Government gave Citibank a bailout.

We quote Sorkin in the Times:

Just as the United States stood behind its banks, in part, to avoid losing the confidence of foreign investors, Abu Dhabi might have to do the same.

That had to be what Citigroup, with its firsthand expertise with bailouts, must have been thinking when it lent $8 billion to Dubai last year. Oh, and here’s an interesting fact: Citigroup made the loan to Dubai on Dec. 14, 2008. Take a look at the calendar — that’s after it received tens of billions in TARP funds. Citigroup’s chairman, Win Bischoff, said at the time, “This is in line with our commitment to the U.A.E. market in general, and reflects our positive outlook on Dubai in particular.” Good call. And what became of all those Shariah-compliant financial instruments that were the hot topic of that panel I attended? It turns out that many of them that were sold prior to the crisis weren’t compliant at all.

This blog (when you get there, scroll down a bit) also had an interesting point to make about Citibank’s harrumphing about why it was okay to lend your money to an already oil-rich Arab nation that's blowing its wad on indoor ski slopes while over 10 percent of Americans are out of work.

Wait a second guys. Shariah-compliant or not, that money was handed over to American banks by American taxpayers to bail out American businesses and save American jobs — and not to fund indoor ski slopes where bankers could go to blow their bonuses on super-duper-deluxe hotels.

Next time Citibank starts going down the tubes again — and believe me, there will be a next time if the banks aren’t broken up — I hope the government will seize the banks in the name of national financial duress, and break them into hundreds of tiny pieces.

Break off the investment banking arm of Citibank from the consumer banking arm. Break up the branches into separate banks. The Bank of the Upper East Side. The Bank of Midtown. The bank of Greenwich Village, the bank of Ho Ho Kus, New Jersey, and so on. That way, if any of them fail, Uncle Sam can pay back the depositors and then flush the small bank execs down the toilet with a satisfying whoosh.

The government ought to focus now on breaking up the big banks. That means Citicorp, Chase and Bank of America, among others. Right now they’re too big to fail. We need the government to make them so small they’ll be terrified of failure.

Maybe then American small business owners can get loans at reasonable rates, and put some Americans back to work.
Posted by The New York Crank at 9:05 PM 0 comments