Airline crews going bonkers in flight – what’s up with that? Here are a couple of paranoid theories. 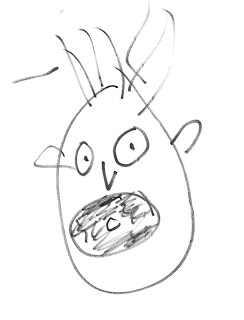 By now you’ve most assuredly read or heard that the pilot of a JetBlue aircraft went nuts enroute from New York to Las Vegas, had to be restrained by the passengers and other crew, and is now in Texas facing Federal charges for interfering with the crew, which presumably included himself.
Amusing, save that

A) the charge in effect says he was interfering with himself, among others, a felony that can result in a long prison sentence, and that

B) had things not  been handled as well as they were by the co-pilot, crew and passengers, we could be reading about a crashed Airbus and a lot of dead passengers.
But before we rush to throw the captain in the clink, let’s remember that he had an umblemished 12-year record with Jet Blue. And that pilots as a class have a deserved reputation for calm under situations of extreme stress. Sully Sullenberger isn’t the only one of his kind:
Uh, this is your captain speaking. Looks as if our landing gear somehow fell off sometime during flight. No need to get upset about this. We’re simply going detour a bit and fly over a big old glacier in Alaska and put ‘er down like a giant toboggan. Since we may be slipping and sliding on the ice for a while, I do strongly recommend you put your head between your knees, cover it with your arms, and  fasten your seat belts. I'll be having another chat with you folks just as soon as we put this big bird down and bring her to a stop.
So how does an airline captain suddenly go bonkers? It almost certainly wasn’t a case of his consciously making a decision to be a bad boy. One theory floated is that he forgot to take his meds – except that there’s no record that I’ve seen of his ever having been on meds.
Then, eerily, there was the American Airlines hostess who went similarly bonkers in flight earlier the same month. Go here, to listen to her swimming so far past the deep end that you might be tempted to throw her a pair of water wings. She, was reported to have said she was off her meds. But she also raved about the aircraft crashing – mid-flight scripting and behavior not terribly different from the JetBlue pilot’s. So declarations about not being medicated might have been nothing more than another example of irrational raving that had nothing to do with reality.
And all this highly unusual behavior in the course of one month.
Of course, it could be coincidental. But let me stroke your paranoia gland for just a bit here. Is the similarity just a coincidence or….
• Did the CIA or some other American governmental entity slip both crew members some weird kind of psychedelic? Remember, unaware Americans were poisoned with LSD once as part of a CIA experiment that made them  "unwitting subjects in social situations."   Is it possible we have a new generation of mad government scientists (or private entrepreneuers like the former Blackwater Group, which changed its name from Blackwater to Xe, an then from XE to Academi) playing cloak-and-dagger games?
• Is it possible that the hostess and the pilot are both victims of an Iranian or Al Queda poison-the-crew operation, designed to bring down airplanes without smuggling anything onto planes? And if so, will they keep trying until they succeed?
I don’t know which paranoid thought is scarier, but when there are no previous events in recent memory of airline crew dropping their marbles all over the airplane, and then two occur in the same month, I would caution you to be afraid, be very afraid.
Most especially be very afraid if the airline pilot is sequestered, with no exposure to the public during which he can tell his own story – and instead we’re simply told informed he is in an instution somewhere.
Yeah, probably along with that American Airline hostess. What did become of her after a month, by the way?
Only asking.
Posted by The New York Crank at 2:48 PM 2 comments

Sleeping with the enemy: is AARP about to betray its senior citizen members still another time?

This isn’t the first time I’ve blogged that AAARP appears to be betraying its members. You’ll find one of my my cranky complaints about AARP here:
Now it would appear they’re at it again. Once more, my source is an e-mail from at FiredogLake.com below, which I encourage you to read in full.
Which raises another question. I’ve noticed some TV spots lately in which AARP members are invited to come to meetings and express their opinions. For what purpose? None is stated.
If AARP is trying to get an accurate sense of what its members think about Social Security and Medicare, it would be far more cost-effective to commission some reliable market research than to run a national advertising campaign asking self-selecting members to show up at meetings.
My guess: if AARP is actually planning to agree to cuts in Social Security and Medicare, they’re going to use the claim “we listened to you” as part of their excuse.
Don’t let them get away with it. Click on the link in the letter below, and let AARP know how furious you’d be.

Once again, AARP is working behind the scenes to build support for benefit cuts while masquerading about as an ardent defender of the safety net to its massive, dues-paying membership.

This is outrageous, and AARP should immediately call off the event and disavow this shameful attempt to throw its weight behind benefit cuts. Can you join us in demanding AARP CEO Barry Rand cancel the back-room E Street Exchange meeting on cutting social safety net benefits?

Click here to add your name: http://action.firedoglake.com/page/s/aarp-rand
Last summer, our campaign of over 32,000 activists was successful in getting AARP to backtrack after their board voted to drop its opposition to social safety net cuts.2

But while AARP is offering a pathetic 6-question survey and 'town hall series' called "You Earned A Say and We're Listening" as a gesture towards "listening" to their 40 million+ membership, it seems they are most interested in adopting the same kind of off-the-record, unaccountable negotiations over benefit cuts that have characterized numerous attempts to dismantle the social safety net over the past few years -- from the Catfood Commission to the Super Committee.3

Laughably, while Rand's E Street Exchange is holding "relaxed and robust" discussions on "Strengthening Social Security: Facing up to the Challenge" with Washington's 1%, AARP's 6-question online survey assures its members: "...AARP is taking the debate about the future of these programs out from behind closed doors in Washington, so you can make your voice heard."4

Clearly, just from looking at the invitation to their salon style talk, nothing could be further from the truth.

http://action.firedoglake.com/page/s/aarp-rand
The E Street Exchange is scheduled to take place in Washington, DC on March 27th, and we're going to do everything we can to stop this silent assault on the social safety net. I hope you will join us in once again holding AARP accountable for its actions.

Posted by The New York Crank at 1:19 PM 2 comments

Let’s start calling people APPROPRIATE derogatory names. We can begin by changing the language we use to characterize Rush Limbaugh.

The trouble with most obscene and derogatory words is that they’re so over-used, they’ve lost their oomph. Sixty years ago, when he wrote The Naked and the Dead, Norman Mailer had to make up the word “fug,” in attempt to replicate the speech of soldiers during a war. Printing the actual F-word would have landed him and his publishers in the clink and might have resulted in his best-selling book getting yanked off the bookshelves.

These days, anything goes, and far too many words are either overused or inaccurately used, with a resulting loss of impact.
We can start with the misplaced notion that Rush Limbaugh is somehow an ‘entertainer.” (Google his name and the word “entertainer” and something like 312,000 references come up.)
Calling what Rush Limbaugh puts out “entertainment” is as ghastly as calling a public decapitation “a comedy show.”  Rush Limbaugh is no entertainer. He’s just an abusive gasbag. He tells lies. He twists meanings. And when he libels and slanders people in public broadcasts, those people could, and should find a legal avenue to sue him off his perch.
Case in point, Limbaugh recently slandered a law student who dared to testify before a Congressional committee in favor of medical coverage for birth control. He called her a prostitute. He called her a slut. He declared, "She's having so much sex she can't afford contraception. She wants you and me and the taxpayers to pay her to have sex." No such thing, as this video of her testimony clearly demonstrates.
In light of this, words like “liar” and “slanderer” ought to be used by the press to describe Limbaugh, rather than a mild statement like “not true,” that characterizes what he says, but not the personality that issues the words.
As for the rest of decent America, declaring that “Rush Limbaugh is a liar and a gas bag,” would probably have triple the impact of calling him an “asshole,” which may be true in a metaphorical sense, but which is overused and considerably less specific about what Limbaugh has done to deserve an opprobrious epithet.


Not completely dissimilarly, when Mitt Romney, or Newt Gingrich, or Rick Santorum state things about Obama, or the economy, or American history that have little or no basis in truth, the press shouldn’t label them “false” or “not true.” They should be labeled what they are. They’re lies. Clear, boldfaced, deliberate, disingenuous, and often malicious lies.
Which makse the Republican candidates who issue these liars little more than self-serving liars.
But back to Limbaugh’s slander of a law student. In today’s foulmouthed, free-spewing climate, “self-serving liar” delivers a powerful counter-impact to anybody who dares label an innocent woman a “whore” or  a “slut” because Limbaugh doesn’t agree with her political point of view.
Another thing to call Limbaugh would be a “profit killer,” whose appearance on a broadcast station tends to suck the revenue out of its bottom line. Reminding national advertisers that sponsoring Limbaugh tends to interrupt their advertising plans and suck the black ink out of their bottom lines would go a long way toward keeping Limbaugh off the air, and in the sewer, where his outrageous personal attacks belong.
Posted by The New York Crank at 2:47 PM 0 comments

And to think, I was ready to support Planned Parenthood to the death 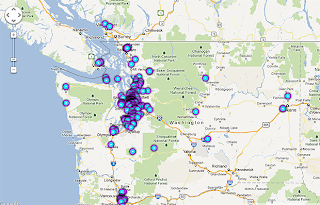 Alas, I came across this, umm, fascinating case of what Planned Parenthood in Seattle is doing with QR codes, those square patterns of blobs and lines you see more and more in advertisements these days.

Very smart, Planned Parenthood, Seattle. If the enemy has no real ordnance to fire at you, send over a carload of ammunitions to help them out.

As my friend Hershey the Hit Man use to say, "It's pointless to shoot an armed man. Just wait for him to shoot himself."
Posted by The New York Crank at 11:31 AM 0 comments