Where are they now? A peek into the future of the former Trump administration. 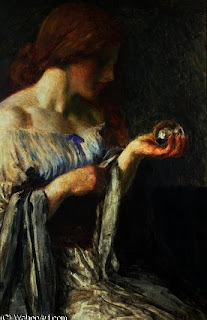 "I see the future and it tickles."

The following is an excerpt from a soon-to-be-founded magazine, Popular Politics, July 2025 edition, that we’ve obtained through astral projection. The New York Crank makes no warranty as to the reliability of that magazine’s reporting.

Melania Trump is working as a chambermaid in a run down tourist hotel in Slovenia after a well-publicized attempt to become an interior decorator didn’t pan out. She is rumored to be working with a ghostwriter on a book entitled Never Sign A Pre-Nup.

Donald Trump will be eligible for parole in another 32 months. He has occasionally been seen exchanging ideas in the exercise yard with Bernie Madoff.

Steve Bannon runs a resort and fat farm for the well-to-do in the Berkshire Mountains of Massachusetts. He is often seen jogging on Route 7, followed by a slow-moving truck equipped with an oxygen tank and a defibrillator.

Peter Navarro is now a country and western singer, known for his yodeling.

Donald Jr. and Eric Trump work as decoys at a paintball firing range. Junior was recently detained by police for six hours when they mistook him for a stolen Jackson Pollock painting.

Jared Kushner and Ivanka Trump have sold their real estate holdings to raise money for what they predict will be a blockbuster movie entitled, “War and Peace: The Musical!” College friends of Jared’s wrote the book and the lyrics, including one called “Everybody here has the hots for Natasha,:The prettiest girl who ever climbed the Steppes,” as well as the theme song: “War and Peace.” Somebody was kind enough to slip us the lyrics:

Will it never cease?

And then there’s war

And then we have some

And then again another war

And then there’s peace.”

In addition to co-producing the film with Jared, Ivanka plans to direct the movie herself and will also star as Natasha.

Louis DeJoy is still Postmaster General of the United States. There’s some stuff you just can’t make up.

Stephen Miller should be forced to work as a guide at The Auschwitz-Birkenau Museum. For no pay.

I live in the Berkshires. I'll be looking for Bannon...