Please don’t try to sock* me. I’m only making a couple of suggestions. 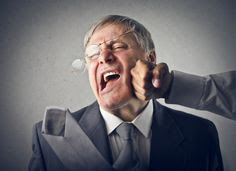 1. How to make the Presidential debate more civilized: I know I should have mentioned this earlier, but it only just occurred to me. On Tuesday night. Sept. 29th, Biden and Trump will debate. I want to hear what each of them has to say, with the emphasis on each. Unfortunately, Trump has a habit of shouting loudly while other people are talking, so that nobody will hear them. So, here’s what I propose:

The debate moderator should have two kill switches in front of him, each attached to one of the debaters’ microphones. The debaters should be told how much time is allotted to each answer they give, or rebuttal they make. They should also get a 30-second warning signal.

The second their time is up, the announcer should hit their microphone kill switches. No ifs, ands, or buts. That way, the debates could really be debates and not shouting matches.

2. How to solve the homeless problem: I read that huge amounts of office space are empty in our big cities, and some of that space may never fill up again. Home is the new office. People who used to be office workers like it, because they don’t have to commute, can stay home with their kids, work in their underwear, and unselfconsciously scratch their you-know-what. What the boss doesn’t see, the boss can’t punish you for.

Here in New York for example, according to the New York Times:

“Fewer than 10 percent of New York’s office workers had returned as of last month and just a quarter of major employers expect to bring their people back by the end of the year, according to a new survey. Only 54 percent of these companies say they will return by July 2021."

And furthermore, the Times says:

Demand for office space has slumped. Lease signings in the first eight months of the year were about half of what they were a year earlier. That is putting the office market on track for a 20-year low for the full year. When companies do sign, many are opting for short-term contracts that most landlords would have rejected in February.

Meanwhile, New York, like San Francisco, Santa Monica, San Diego, and every other damn place has a homeless problem. Here in New York, Mayor Bill De Blah-sio has been shuttling homeless people in and out of hotels like a third rate tour operator on a bus trip through Belgium.

One of the reasons is New Yorkers suffer from a terrible NIMBY complex. They adore the idea of housing the homeless, but Not In My Back Yard! NIMBY!

So why not take all those empty and near-empty office buildings, particularly in midtown and in the financial district, where the skyscrapers are blocks and blocks from where most people live, and convert them into apartments — efficiencies for the single homeless folks, one two and three-bedroom apartments for the homeless families?

I even have some good ideas about where the city could start. For openers, there’s 666 Fifth Avenue, for which Jared Kushner paid $1.8 billion when it wasn’t worth nearly that price. To complete the transaction he borrowed $1.75 billion, far below what the rentals in the building’s office space generated, thus demonstrating his IQ was low enough, and his lemming instinct for bankruptcy strong enough, to be a member of the Trump family. Wikipedia has a wonderful piece on the fiasco.

Then of course, there’s the Fifth Avenue Trump Tower. While Donald lives there, and some of the floors are condo, I believe that most of them are commercial. I’m certain Donald, populist that he is, wouldn’t mind having some earthy “real people” for neighbors. He could make small talk with them in the elevator.

*Footnote: That asterisk in the headline is no typo. It's there to call your attention to the fact that while I used to be able to caption my photographs, the new, improved version of this program, that nearly every blogger on this planet hates, doesn't seem to allow for the insertion of captions. Maybe it never occurred to those yo-yos that somebody might want to caption photograph, for some odd reason. Hah! If they were smart enough to be rocket scientists, they'd be working at NASA, not screwing up what was once a perfectly wonderful blogging system.

Another use for those empty office spaces is as prisons. Since they already have cubicles that many have likened to jail should be easy.
Plus with all the white callar crime this way they can serve their sentence in the same cubicle they committed the crime in.

Those suggestions make sense. Which is probably why they won't happen.