Memo to a not-very-bright hooker: Next time, girl, ask for the money up front. 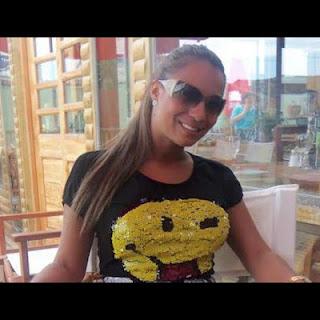 I mean, look what you've gone and done, sweetheart. You've got the whole world focused on your  profession's operations in Cartagena, Columbia, embarrassing not only the United States Secret Service (whose agents, as a group, seem even dumber than you, judging from the news I'm reading) but also embarrassing your own country's government. And you've caused a shift in focus – away from the real problems of Latin America and onto how much Columbian hookers get paid. (Or how little they get paid, depending on your point of view.)

Listen, I have nothing against the "oldest profession." In fact, back when I was a college student, eons ago, I discovered an establishment in Newport, Kentucky, called The Fourth Street Grill. It was a clapboard one-family house that appeared to have a lunch counter in front. In fact, you actually could get a hamburger there until 8 pm.

Eight o'clock was the witching hour when Marge The Madam posted herself at the screen door. (It was summer.) As taxis brought men to the establishment she'd say, "The grill's closed honey. Want a woman?"

If the answer was no, she'd shoo the man away, with no more respect than someone chasing off a rat with a broom. If the answer was yes, the customer was led into the restaurant, and through a back door into an adjoining parlor, where about seven pretty young thangs from the backwoods of Kentucky sat around in their J.C. Penny party dresses, waiting for a man to take upstairs.

But here's the point, sweetheart. They always asked for the money upfront. No ifs. No buts. No maybes. My college roommate, now a well-known mystery writer, and I were allowed sit at the counter up front and watch the action after we'd spent our allowances upstairs . I suppose that's because Marge the Madame thought we were a couple of cute college boys. Or something. (She once asked, "What do you boys  think you're doing? Writing a term paper on pot and prostitution at my expense?")

At any rate, I saw more than one furious customer come crashing out the door and go muttering into the street, followed, moments later, by one of the girls in off-the-shoulder blue chiffon, who'd inform Marge, "He had no money." Importantly, none of those girls had ever so much as unzipped for these guys. Money first. No money, no action.

With that in mind, sweetheart, I am shocked, shocked that you'd spend an $800 night with a man without pocketing the moolah first. They sure do grown 'em naive down in Cartagena.

As for the Secret Service guy who Facebooked about checking out Sarah Palin while assigned to guard her,  that was such a stupid move that I think you're giving dumb cops a bad name.

Ditto whichever cheapskate Secret Service agent it is who sleeps with an $800 hooker and offers her $30 bucks after the fact.

"I was drunk," was no excuse. Especially not when you're supposed to be working on protecting the President of the United States.

Anyway, honey, looks like you opened up the sluice down which a whole passel of career Secret Service agents will now come crashing like an avalanche – out of government employment and into McJobs.  I don't really hold that against you, sweetheart. They did it to themselves. But the first rule of your profession is, you're a hooker, not a banker. So don't give any of these guys credit. I'm just saying, ya know what I mean?
Posted by The New York Crank at 10:25 PM

it all seems a little bit too simple to me.

I've seen a few suggestions that more was going on there (and they needed to weed out some of the bad ones with these charges) than we've been told.

One I liked had Obama as the target for assassination (like they say the SS was in on the JFK one) and was saved by some combination of luck and tattling.

One thing is for certain as you've already implied: call girls never perform on promises to pay.