Billionaire New York Mayor Michael Bloomberg wants to keep the citizens of his city in poverty. He says it's good for business. 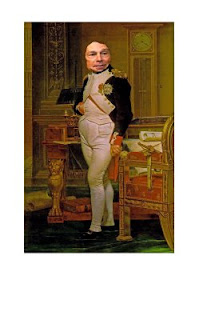 When he was running for his second term as Mayor (or was it his third after he overturned a term limits law to keep his job?) New York’s Michael Bloomberg ran advertising on television showing him  on the streets of new york without necktie, wearing a windbreaker, and getting referred to as “Mayor Mike.” Since then, I can’t remember seeing him in public wearing anything less than a perfectly tailored suit and tie. And these days it's "Mayor Bloomberg," thank you very much. But never mind that.

Lately, “man of the people” Bloomberg is willing to spend a significant part of the city’s dwindling treasury to make sure a bunch of working stiffs don’t earn a penny more than $7.25 an hour.

This is in a city so expensive to live in that, regardless of national figures, an income for a family of three below $16,841 means you're poor. At $7.25 an hour, your annual income would come to $15,080. That’s more than a thousand bucks below the poverty line, where currently 21 percent of the financially drowning population is gasping to survive. (See chart.)

Billionaire Bloomberg’s anti-living-wage stance stems from a fracas he’s having with his own City Council and its speaker, Bloomberg’s usual political ally, Christine Quinn. This time, even Quinn isn't going along with him.

The Council wants to pass a law requiring owners of buildings subsidized by the city’s taxpayers to pay a minimum wage of $10 an hour plus benefits.

Seeing a man earning ten bucks an hour really rankles Bloomberg’s precious sensitivities, even as he counts his billions. (I’ve seen estimates that he has as little as $17 billion. And as much as $21 billion.)

Now the extra $2.75 an hour probably wouldn’t pay the heating bill on Bloomberg’s personal mansion on East 79th Street, not to mention the cost of traipsing off to Bermuda regularly with his girlfriend. (And no, he doesn’t get there flying tourist class. Why go through all that when you can just take a fistful of high denomination bills out of your pocket and rent a plane that leaves when you’re ready, skipping all those inconvenient schedules and security screenings.)

But if a working stiff threatens to earn an extra $2.75 for cleaning out ten floors of urinals and mopping up the pee puddles under them, what does the mayor do?

Pay the workers? As Bloomberg sees it – and said it on the radio – that’s akin to bloody communism.

Declared the mayor: “It’s interesting if you think about it. The last time we had a big managed economy was the USSR, and that didn’t work out so well.”

And then he waxed poetically impressionistic: “We cannot stop the tides from coming in. We need jobs in the city. It’d be great if all jobs in the city paid a lot of money and had great benefits for the workers...But if you force that, you will jut drive business out of the city.”

Whoa! Wait! Just wait an effin’ second! We’re talking only about employees working for the landlords of buildings that the city is subsidizing with taxpayers’ money. Most employers in the city would be completely unaffected. Most building owners would face the choice of paying a handful of employees an extra $2.75 an hour or giving up hundreds of thousands, and in many cases millions of dollars in subsidies. Who does the mayor think he’s kidding?

The mayor also argued that requiring a minimum wage would interfere with the free market. Speaker Quinn replied that this is exactly what the Bloomberg subsidies to his corporate real estate pals do in the first place, adding that if a business isn’t looking for taxpayer dollars, they’re under no obligation [ to pay the proposed $10 minimum hourly wage.]

Somewhere in there, the 12th, (Or is he the 15th? Or is he the 17th?) richest man in the world let his deep inner resentments of paying a few of those nasty poor a piddling $2.75 boiled to the surface. Wage bills like the one under discussion, he complained, are “a throwback to the era when government viewed the private sector as a cash cow to be milked rather than a garden to be cultivated. In those days, government took the private sector for granted. We cannot afford to go back to those days…..” and on and on.

Oh that poor under-cultivated billionaire flower! How he must smart at getting “milked” and getting “taken for granted.”

He vetoed the bill. The City Council overrode him. So what’s the mayor going to do?

In a city whose treasury is squeezed for cash, with a budget gap of $4.63 billion that had to be closed by cutting city services and, umm, "increasing revenues, "he’s planning to take his own city to court.

I mean, is Emperor Mike a great American, or what?

Cross posted at No More Mr. Nice Blog
Posted by The New York Crank at 12:44 AM

You'd think a few of these undeserving poor (in Bloomie's mind anyway) would remember this at election time, wouldn't you?