Lower court judge overrules higher court, saying the government can secretly check out who you’re writing to, and who writes to you 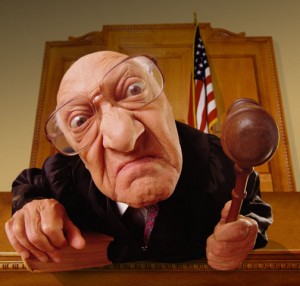 This is weird on several counts.
• In Federal Appeals Court, Twitter is appealing an order from U.S. prosecutors to turn over account information belonging to a member of the Icelandic parliament, a dutch activist and a computer security researcher. Their awful “crime?” They once supported WikiLeaks publicly on Twitter.
• So the prosecutors took their case to a lower court – where U.S. District Court Judge  Liam O’Grady ruled that whether the case is under appeal or not, Twitter has to turn over the information. “Litigation of these issues has already denied the government lawful access to potential evidence for more than a year,” said the judge, according to an article in E.week.com.
• Of course, if Twitter turns over the information, the case before the Federal Appeals Court asking that Twitter not be compelled to do so becomes meaningless. And there goes the litigation.
• The case, in which people are investigated for having an opinion on a matter, and a lower court judge jumps in and snatches a case away from a higher court, is being pressed by the Obama administration’s attorney general. So much for Obama’s civil rights credentials. The only person I can imagine doing worse in the White House would be a Republican. Almost any Republican.
Worst of all, if this ruling by a single judge stands, it means that the government can decide, in secret, to in effect hack all your electronic accounts and find out out what you read, to whom you’re writing, and who those people are associated with. And the government doesn’t like what you’re reading or writing, you become, in effect, "a person of interest."
The government has also been pressuring Twitter to shut down the accounts of people and organizations it doesn’t like. As one person quoted in the article said, “If the U.S. were to pressure Twitter to censor tweets by organizations it opposes, even those on the terrorist lists, it would join the ranks of countries like India, Azerbaijan, Syria, Uzbekistan, all of which have censored online speech in th name of ‘national security.”
When the president’s people act like an arm of the Assad government, and judges decide cases by thumbing their noses at higher courts, we’re all screwed. (Note to the G-man reading this post: screw you, too.)
Posted by The New York Crank at 11:56 AM

Thanks for following this for us.