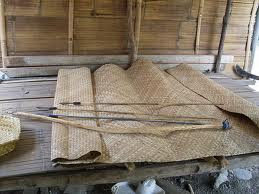 While it was clearly nothing less than a nightmare for the two victims and I don’t mean to belittle their terror and agony, there’s something about this story I have to love.

A young couple, he a New Zealander named Matt Scheurich, she a French anthropologist in graduate school, were enjoying a picnic and swim at a river in New Guinea when a native rapist attacked them – with a bow and arrows.

Here’s an excerpt from the story in The Huffington Post:

He fired an arrow at Matt Scheurich as the 28-year-old New Zealander relaxed on a river bank while his girlfriend, a French doctoral student studying tribal life, swam in the river.

"Normally they use these arrows for hunting, for shooting at cassowaries and bears," Dr. Turharus said.

The attacker also threw rocks at Scheurich's head, the doctor said. The man then attempted to sexually assault the French woman, but she managed to bite his hand and run to a nearby village…

Think about it. In a day when terrorists who want to restablish medieval Sharia law born of a nomadic culture attack with airplanes and IEDs…when forgers pursuing an ancient art now use their MACs to scan and copy $100 bills…when American rapists use semi-automatic pistols …. this dude tries to pull off a rape with his bow and arrow and by throwing rocks.

That’s Ludism for you. And if you managed to doze through this little nugget in your history class, Luddites were followers of Ned Lud, a 19th Century technophobe who tried to protect the jobs of hand weavers, who were being automated out of their jobs, by smashing those newfangled weaving machines.

The escape from rape was also begun without the help of technology. The intended rape victim bit the rapist’s hand. But after she ran to safety, she activated a temporary locator beacon. She and her fiancée were evacuated by aircraft. Saved by technology.

Now the would-be rapist, whose identity is known, is being sought, presumably with every high tech tool at the local constabulary’s disposal.

“It might take some time, but it won't be difficult,” one of them said.

I’m not sure what this bodes for folks who, thanks to technology, have seen their jobs exported, their incomes reduce sometimes to nothing, and their lives and future wrecked by the onslaught of applications designed to make sure the rich grow richer while the rest of us grow broke.

Nor do I think there’s a ray of hope here for those of us who have to keep updating our computer technology at the whim of Apple and Microsoft executives. When humanity stands up to the cold hand of technology, it seems that technology wins almost every time.

But I can tell you this. When the high tech forces of the super rich come for me, I’ll be ready to fight them until they zap me off the planet. I’m sharpening my arrows now.