Bad news from all over: from budget crises, to Christian vs. Muslim extremists, to Saudi Arabian beheadings, to Texas executions to dumber Americans 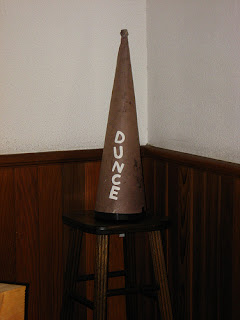 1. Nevermind the budget crisis. The U.S. Government isn’t the only flat broke entity.

"A recent study by the National Bureau of Economic Research found that 47% of Americans say they cannot raise $2,000 within 30 days without selling an asset. (Surprising and sad.) Pawnshops and payday lenders service a huge and - in this economy - growing market."—Alexander Green from an e-mail letter sent to Oxford Club members on June 26th, 2011

2. You think those Muslim extremists are bad news? Watch out for those pro-Christian extremists.

On July 22, 2011, a man dressed as a police officer opened fire at a youth camp on the Norwegian island of Utoya, killing scores people in a two-hour long massacre, authorities said. The alleged gunman, identified in media reports as 32-year-old Anders Behring Breivik, is also suspected in a bombing that left seven people dead in the capital of Oslo earlier in the day. In all, the death toll was estimated at 76 by the following Monday. "What we know is that he is right-wing and a Christian fundamentalist,”said one official.

Even Congress’s own budget office says that the that to dig ourselves out of the financial hole our government is in, we ought to consider increasing revenues [that’s code for raising taxes.] But nobody seems to be listening. Not President Obama. Certainly not the Republicans. The Congressional Budget Office states…

Under current laws and policies, an aging population and rapidly rising health care costs will sharply increase federal spending for health care programs and Social Security. Unless revenues increase at a similar pace, such spending will cause federal debt to grow to unsustainable levels. If policymakers are to put the nation on a sustainable budgetary path, they will need to let revenues increase substantially as a percentage of gross domestic product, decrease spending significantly from projected levels, or adopt some combination of those two approaches.

During 2010, our big buddies, the Saudi Arabians, executed (mostly by decapitation) “at least 27 people” according to Amnesty International. You can read the full story here, but beware: the photograph accompanying the story is fairly horrifying.

Besides, if you think that’s something, consider Texas. They had 318 prisoners sitting on death row at the beginning of this year.

5. The dumbing of America.

The United States once had more college graduates among 25 to 34 year olds than any other nation on earth. As of last year, 11 other countries were whupping our butts when it came to leading the world in college graduates of this age. So what do those rocket-scientist deep thinkers in the Tea Party want to do? Why, cut government spending on education, of course! They claim government spending on education is “dumbing us down.”

So what will contributing nothing to our schools give us? Duh?