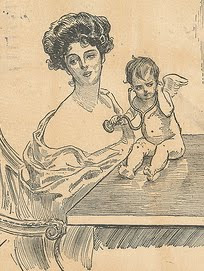 The General Fund has nothing to do with Social Security and Medicare. They have their own full Trust Fund paid out of payroll taxes. But the money is loaned out to run the government. It must be paid back as needed. So if you kill Social Security, will the loaned out money go back to the people who paid in or will it pay for tax cuts. The ones that were to pay for themselves? It has nothing to do with the deficit unless you mean to loot the trust fund to pay for tax cuts. Now why the lies? d4d

Congratulations, Anonymous. You ran around in a circle so fast that you bit your own tail.

I agree that the General Fund loands out money to run the government, although it shouldn't be allowed to. I agree it must be paid back as needed. If there's no Medicare or Social Security, there's no payback. We just rob the sick and elderly to cut taxes for billionaires.

And that ain't no lie.