"Help, I’m on trial for capital murder! Get me the dumbest representation you can find!" 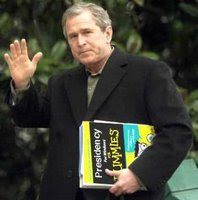 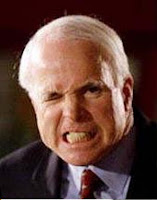 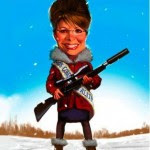 Actually, none of the people shown above ever came close to a law degree. Which in a way is part of my point. Bear with me through a few hypothetical questions:

If you were in trial for your life on a bogus murder charge, would you want a lawyer who only got into law school because of family connections, and who graduated despite miserable grades — most probably with the help of those same connections?

Yet America has twice “hired” George W. Bush to be President of the United States — a life-and-death matter connected to national security, the economy, the ability of future generations of Americans to survive in this world, and more.

That’s the same George Bush who was a Yale legacy and got a “low pass,” from the Harvard Graduate School of Business, most probably because of who his father and grandfather were, rather than his embarrassingly lackluster showing.

Suppose you needed brain surgery. Would you say, “Hey, this is a matter of life or death. Get me a surgeon who was such an irresponsibly wildass student that he graduated fifth from the bottom of his class in medical school?”

Well, if you wanted someone who “knows” national security, economic policy and diplomacy — matters arguably as important to your health and future safety as good brain surgeon — would you ask for the guy who graduated fifth from the bottom of his class at the United States Naval Academy? That would be John McCain.

McCain's grades at Annapolis were "marginal." He drew so many demerits for breaking curfew and other disciplinary issues that he graduated fifth from the bottom of the Naval Academy class of 1958. Despite his low class standing, and no doubt because of the legacy of his family of famous Admirals, McCain was leap-frogged ahead of more qualified applicants and granted a coveted slot to be trained as a navy pilot.

Suppose your house for mysterious reasons suddenly was in danger of collapse. Would you pick up the phone and call for a house engineer, insisting on one who had to go to five different second and third-rate colleges to get a degree — in a subject other than engineering?

Well, the economy is collapsing and if John McCain gets elected President at the age of 72 and anything happens this cancer survivor who isn’t making full disclosure of his medical records, your President will be Sarah Palin.

Palin attended such highly regarded (ahem) institutions as Matanuska-Susitna College (one term); North Idaho College (three terms) Hawaii Pacific University (one term) and the so-so University of Idaho (total of five terms) before she finally got her degree in journalism. Perhaps that helped her get a job as a sportscaster, but she surely didn’t learn very much in her journalism classes about international relations and policy, or economics, or history, or even — odd, somehow for a journalism major — the name of a single newspaper.

Barack Obama, on the other hand, attended highly-regarded Occidental college for two years and then earned his B.A. from prestigious Columbia University, where he majored in International Relations.

He got this education without any legacy or family connections.

He is the author of two books on government policy and his own personality history. He taught law at the prestigious University of Chicago law school.

Or will you wise up and vote for somebody with the smarts to save this nation from disaster — Barack Obama?