Brexit at Tiffany’s, Johnson and Trump, bad hair — and other reasons I’m sorry I came back from vacation 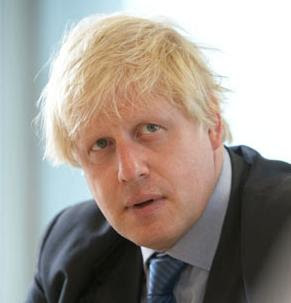 So I’m back in New York, rested, refreshed, even re-quirked after spending time in Yellow Springs, Ohio. And what’s the first thing that smacks me in the face? Boris Johnson, the leader of the British Brexit movement, who got what he asked for and now seems to be suffering from snake oil salesman’s’s remorse. 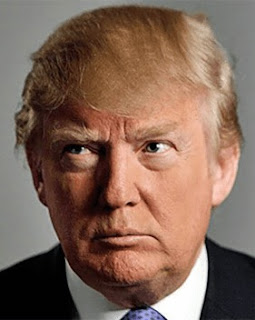 Brexit, as you almost certainly know by now, is not a morning meal you eat while dashing out the door because you’re late to work. Brexit is the exit of Britain from the European Common Market and the European Union.

Britain, egged on by yet another fair haired bullshit artist with a bad haircut, a spiritual and coiffure-cousin of Donald Trump named Boris Johnson, bought the notion that all their problems would be solved if only they got out from under the thumb of Common Market bureaucrats in Brussels.

Like followers of Trump, a large mass of dopey Brits said, in effect, yeah, Brexit is a great idea. We’ll keep out all those Mooooslims who are free to travel to Britain under Common Market rules, and we won’t have to do any more bureaucratic paperwork or pay money to Europe. In effect, the Brits thought they were building a wall around the British Isles and making Europe pay for it.

So they cast their ballots, and with remarkable speed reaped a whirlwind of financial and political nightmares. The bottom fell out not only of the European stock market but of the British securities market. In case you haven’t checked your own 401(k) or investment account in a while, I’ve got bad news for you. While screwing themselves, the Brits also screwed you. The Dow has dropped so fast, far, and hard in the last few days, it’s amazing it hasn’t been followed by bodies tumbling out of windows on Wall Street.

Further, the canny Scots, who mostly liked Brexit, are now thinking of pulling out of the British Commonwealth. Which would leave Britain vastly diminished in territory, population, and industrial output.

Now Boris is pulling a Donald and saying, well, he didn’t really mean a total Brexit. The Brits hope, to quote a story in The New York Times, that “Britain could, while leaving the European Union, somehow maintain access to its signature achievement: the world’s largest common market.”

It’s as if I walked out of your dinner party declaring, “Your food is sewage, your culinary skills are disgusting, your dining room looks like a toilet, and your ugly guests have body odor.” And then, ten seconds later, I rang the door bell and told my shocked hostess, “However, I’ve always like your key lime pie, so I will come back in for dessert.”

The hostess would slam the door in my face, which is exactly what the Continent should do to the Brits.

This will not only teach the Brits a lesson, it will also teach other dissident European nations a lesson:

If in unity there is strength, in disunity there is nothing but chaos, disaster,  financial collapse, the potential for bloody revolution, and an open invitation for Vladimir Putin to come in and take his Iron Curtain back.

The British pound is, at least compared to last week, toilet paper. That’s fine. It means strong dollar Americans and Continental Europeans loaded with Euros can traipse around Britain, lording it over those remorseful Brits and rubbing their noses in one of the greatest acts of self destructions since the lemmings invented mass suicide.

And that object lesson may help keep Europe together. It may also serve as an object lesson to Americans as to what is almost certainly going to happen if you elect any blubber mouthed blusterer with a bad haircut and a penchant for going it alone in an interconnected world. Yes, I’m looking at you, Donald.

If the Brits want back in to the EU, I hope the Continent will make sure it’s all or nothing. And I also hope Europe makes the Brits pay for their folly. How to make them pay is easy. Charge them a one trillion pound re-entry fee. Cash only.

Meanwhile, I hope there will be no “gradual” Brexit. Europe ought to grab Britain by the armpits and give it the bum’s rush out the door.

Oh, and should you happen to go shopping in Tiffany’s here in New York, odds have it that the gentleman at the diamond counter buying bright shiny rocks for his third and much younger wife is not a Brit. However, a real Brit’s $20 million New York apartment is, I'll betcha, going to be up for sale soon, at distressed prices, one supposes.

That said, I find all the Brexit news nauseating. So I’m going back on vacation for a while.

it’s amazing it hasn’t been followed by bodies tumbling out of windows on Wall Street.

I'm pretty sure that the windows in those buildings aren't easy to open. Otherwise, the streets would have been covered with smushed bodies in `08.