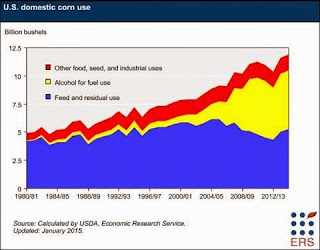 
“Let them eat cockroaches.”
Posted by The New York Crank at 5:18 PM

Hate to spoil your vacation but all that water we've been pumping up from the Midwest to grow all that corn is half gone. And according to Harper's Magazine, that water supply doesn't get replenished by Midwestern rain. Takes something like ten or one hundred thousand years to replenish it. Somehow I got the number confused by a factor of ten or more but in my lifetime ten thousand or one hundred thousand won't matter. But in another fifty years you won't be getting any Monsanto corn out there because kaput! The water will be gone. So if you hear things about agriculture changing, you better believe it. The move back to small farms is already underway. Just don't wish for Victory gardens. Pray they'll call them living right gardens next go round. Because chicken and beef are just the start. Now where's that garden tiller? Oh, I forgot, they're drilling for natural gas around these parts. Better get ready to move. And hope Monsanto hasn't sucked it all up everywhere.
We're gonna need that water. Sugar cane sounds about right to me. Where's Fidel when we need him?