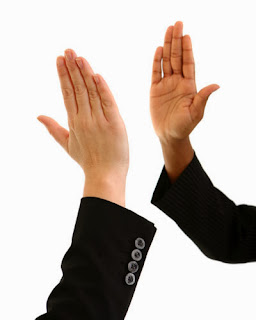 At long last, President Obama has demonstrated that not dealing with impossible Republicans is better than trying to “go halfway” with them.

So cranky congratulations to the President. But congratulations with a caveat. For a few weeks, at least, the once-greatest nation on earth has its borrowing powers and its shaky government operations restored. That’s hardly enough. But it’s an excellent example of what works when dealing with these right wing creeps, and what doesn’t.

We’ve been seeing, since the beginning of the Obama administration, that it’s fruitless to attempt real negotiations with far right Republicans – and also with so-called “moderate” Republicans whose position is anything but moderate when they’re in the thrall of the Tea Party crazies. Exhibit A, of course, has been John Boehner.

Step halfway in compromise toward Republicans and they instantly step the same distance back back. Approach them again, and once again they step back. Calling them 'The Party Of No" or saying that "they can't take 'yes' for an answer," have become new political cliches.

That’s because thee object of the Right is not to settle, but either to have things their way or to sink the whole nation with a loss of cash, credit and credibility. (Not that it wouldn’t sink anyway, albeit more slowly, if the Tea Party actually had its way.)

If the Tea Party and other Republicans were Al Qaeda operatives atempting the exact same thing, we’d looking to to arrest or terminate them. Since it’s Republican lawmakers, we offer them the courtesy of not either smart bombing them or packing them off to Guantanamo Bay.

President Obama has promised to negotiate a “grand bargain,” and there are fears part of that might mean cuts, however gradual, in Social Security and Medicare, when in fact, increases are needed for both. The so-called “chained CPI” is one example. It would effectively tax the oldest and most vulnerable Americans, by using a way of measuring inflation that would actually reduce their benefits, even as the price of medicines, rent and food (among other things) rises.

The Social Security problem could be solved for about the next 75 years, simply by removing the cap on Social Security Taxes, currently $113,000. If your heart bleeds for people who are making, say $250,000 a year and will be forced to pay a few hundred bucks extra for the good of the nation, then bleed. Every other civilized Western nation takes care of its people without a qualm.

The question is, will the President sell the oldest, weakest and sickest down the river to appear “reasonable,” (and save some millionaires a bit of what for them is chump change) or will he continue to use the one technique he finally tried that works against Republicans and continue hanging tough?

My FB page has been inundated with "sad panda" posts by conservatives.