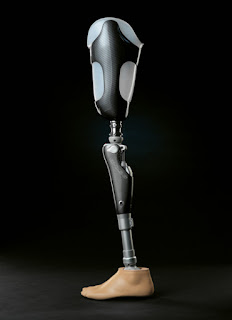 So here’s the deal. I was getting dressed for work this morning.  The TV was on, as it always is on weekdays, tuned to CNN. I was hoping to hear some news. Instead, I got a South African magistrate named Desmond Nair making a superhuman effort to turn his courtroom into the dreariest law classroom in the entire history jurisprudential pedantry.

Moreover, his effort to bore everybodfy to tears during his 15 minutes of fame (which ran far longer than 15 minutes) were plainly superhuman, considering what has been reported about the case:

A beautiful woman had been shot to death by her lover, a legless sports hero. His story of how it happened seems to challenge credibility. But a police detective had been yanked off the case because he himself is charged with murder in a different case. And if Pistorius’ own testimony as to what had happened was weird, so was the investigator’s.

So with the planet watching, what did Magistrate Nair do? He droned. And droned. And droned endlessly on, with references to “Paragraph Capital A” and “Paragraph small (a)” of this document and that document. He schlepped in a stultifying lecture on English common law,  Roman law, South African law, and more ifs, buts and maybes than a 20-part legal contract among 50 competing parties for the division of labor in a project for clearing machined screws from medium-sized dustbins.

Sheesh! CNN cut to the courtroom around 8 a.m. Eastern time this morning, and by five to nine I decided, the hell with it, I don’t need to know whether Pistorius gots bail or not. I turned off the TV, and went to work late.

What’s Nair’s motivation for holding all of us prisoner instead of simply telling us (I learned the end via the Internet at noon today) that he had decided there wasn’t enough evidence to hold Pistorius prisoner? Beats me. The inflated ego of a very boring man, perhaps. Or perhaps Nair is more clever than we think and he is simply tricking us into going away and ignoring the case.

If so, he has a point. Each month, hundreds of lovers shoot their wives or girlfriends, accidentally or otherwise, right here in the United States. Gorgeous blondes? We got buckets of ‘em in the good old US of A. Sports heroes? Those, too. Prostheses? Maybe we ought to be making heros out of the American military vets who go through life with them after sacrificing their limbs in Iraq, Afghanistan, Viet Nam and elsewhere, rather than idolizing a South African sports hero with what appears to be a very short fuse.

As for Magistrate Nair, he deserves to be beaten over the head with a titanium shin until he pleads to be dispatched more quickly with a heavy law book.
Posted by The New York Crank at 12:51 PM