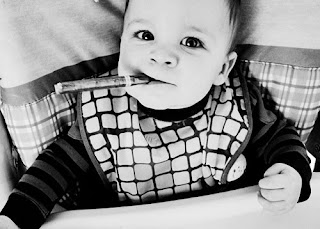 Why is it that possession of large amounts of money generates sociopathic behavior?
I've gleaned the two stories below from the beachy-bitchy-ritzy Hamptons on Long Island, where the sociopaths flock to flaunt the money they got with taxes you paid.
(The rich get a tax cut under Bush, you're about to finance it with cuts in Social Security benefits and Medicare. Or they make a fortune crash landing a bank that wasn't regulated nearly enough to stop their mischief, you pay for it with a taxpayer-financed bailout while they walk away counting their bonuses. And on and on.)
Exhibit A: Yacht witch
busts up steak house
In the Town of Easthampton, the place to eat steak (for whatever reason) is the local branch of a restaurant chain called The Palm. Reports Dan's Papers, the newspaper of record for those who enjoy knowing what the Hamptons rich are up to (or stooping to) :

According to the manager of the Palm Restaurant, a reservation had been made for dinner for four at 9:30 pm. The hour came and went, and at 9:55, the party showed up, not as four but as eight. They asked to be seated and they pointed out that they had a reservation.

The Palm was packed at that hour-it is one of the most popular restaurants in that town-and the hostess asked that the party of eight now wait until they could arrange a bigger table which might take five or 10 minutes.

Instead, the woman who had arranged the dinner, one Amy Paul of Harrison, New York became violent. She grabbed the hostess' reservation book and ripped pages out of it and threw them on the floor, then took off one of her high-heeled shoes, ran out the front door and began shattering the outdoor light bulbs in the fixtures with the heel. Some of the other diners in her party raced out to get her, but she struggled free, ignored the parking attendants, found her car key and drove off in her white 2008 Mercedes-Benz, which was identifiable because some witnesses memorized the license plate as it flew off.

Police searched for her in vain later that evening, and around midnight, alerted the police in Harrison that she might show up there. In the morning, they called the country club that she belongs to, but she was not there either.

Later that day, a person called the East Hampton Village Police and told them that she was a representative of Paul's and would call the Palm Restaurant and make restitution for the damage Paul had caused. This representative said Paul was unavailable to speak to them herself because she was out on a yacht and did not have cell phone service out there.

That evening, representatives for the Palm Restaurant spoke to the police and said they had indeed been contacted by Paul's representative and would not be filing charges against Paul. That ended the incident.

Wonderful! That ends it only if you're rich enough. Imagine if you were a poor black kid who showed up at The Palm, ripped up the reservations book and busted up the landscape lighting. You'd still be cooling your heels in the Suffolk County pokey—even if you could find a Legal Aid lawyer who promised you'd make restitution by washing dishes.

Or as an online kibbitzer noted:

There are some things servants need to understand in this world. That if your tucked in face has made it to a glitzy magazine, have rubbed shoulders with other celebrated delinquents and happen to own a house whose bathroom is the size of your waiter's and busboy's apartment combined then by rights and vanity you have every right when you turn up late and unannounced at your favorite restaurant to throw a temper tantrum and cause a magic scene if you're needs are not immediately met.

After all Amy dear, you earned the right to be fashionably late and if them wenches can't jump six feet high in the air, who are you to then just idly stand there and watch the world point daggers at your heart.

Exhibit B: Rich guy declares himself king and throws commoners off public road

Out in Bridgehampton, another Hampton where money not only talks, but also doesn't have to speak to anyone it doesn't like, the new game in town is blocking public access to public beaches.

In this case, the culprit in question is a man named Robert Simpson, who has a humongous mansion on a beachfront road called Surfside Drive, where houses (even without the ocean view that houses on Simpson's side of the street commands) routinely sell for upward of $2 million. Sometimes way, way upward.

Here's Dan's Papers to tell you the story again.

More and more, residents with private homes on the ocean are finding ways to block beach access for everyone else but them. They've even arranged this year, for the first time, to begin harassing others who might want to go fish or sunbathe in one particular spot from doing so. This occurred at the sand access roads heading off Marine Boulevard, for example, where guards were posted at beach access roads to the ocean by nearby residents to check I. D.s of those who might want to swim there. It would be okay for the general public to walk a half mile down the beach from somewhere else to get to this enclave, but they sure wouldn't be allowed to go to this beach by using the access roads from these "private" although publicly accessible roads.

A good example of what I consider extremely selfish behavior is the story of a man named Robert Simpson who built an oceanfront home down toward the end of Surfside Drive in Bridgehampton. Simpson's two acres are adjacent to two oceanfront acres owned by the Town of Southampton. Since the settlers landed in Southampton in 1640, a sand road has allowed access from what later become named Surfside Drive to the beach.

The sand road was for a long time considered a right of way to the beach by the Southampton Trustees, an ancient body of officials who were entrusted with the task of providing free access to the beaches, wetlands and bays in that town for the residents for bathing, fishing, clamming and whatever. The trust came in the form of a parchment signed by the King of England in 1686. Its power has never been successfully challenged.

There have been occasions, however, when a determined man with hundreds of millions of dollars set on closing a public access has been able to prevail over a technicality in some individual case if he kept at it long enough and simply spent the Trustees into submission....

There have been occasions, however, when a determined man with hundreds of millions of dollars set on closing a public access has been able to prevail over a technicality in some individual case if he kept at it long enough and simply spent the Trustees into submission.

It took Simpson eight years. In the end not only were the trustees no match for him. Neither were the members of the Town Board who tried to stop him. Today, actually about six months ago, a metal barrier went across this road to close it off. Simpson, who does not even own the land upon which it crosses, has his peace and quiet. The rest of us are the losers.

Because of the errors made by the Town Attorney, today, a steel cattle bar runs across the sand road. It has a chain around it and is locked shut. And it has been put up by the very same Town Board that had torn two obstructions down before!!! If someone were to begin to drown in the ocean by this Town-owned beachfront property, nobody could get to them in any reasonable amount of time. I guess it would be up to the Simpsons to rescue these people. Perhaps the Simpsons could get out there on their front deck and say, "Shoo, go further away and drown somewhere else."

This is what passes for nice behavior in some places. A man has now arranged for an empty lot of oceanfront dunes that belong to the Town and border a beach to no longer provide access for its residents….

...As some people say, all I want is my little patch of heaven and a view of the water and some peace and quiet and maybe a gate or fence to keep others from bothering me now that I have arrived and spent my $15 million.

I think Simpson has succeeded in doing this beyond his wildest dreams. It's everything for him, and nothing for the rest of us.

In East Hampton Town last year when a rich man built a reinforced concrete retaining wall across a protected dune between his house and the beach to keep everybody out-it was even a protected dune on HIS property-the powers that be came in and ordered him to jackhammer it back out or he'd go to jail.

That seems not to be the case out at the end of Surfside Drive in Bridgehampton, where money speaks louder than the law.

Remember, please, that most of the really, really big money in America is made not by people who invent or get others to invent things (Bill Gates and a few other Silicon Valley dudes excepted) but by people who move money round and chip off a little piece of it for themselves each time it moves. That includes the "fee" they charge you for accessing your own money at the cash machine. You pay the grocer. The banker buys a beachfront house.

The best way to discourage this behavior is to tax it out of existence with an excess wealth taxes. The top two or three percent of earners in this country need to be reformed from corruption. And the road to doing this leads straight through the IRS.

Tell your Congressional representative. And next time you're in the voting booth, vote not for the tax-cutters but for those who'd raise taxes on the obscenely rich.

Bill Gates didn't invent much of anything.

Gates/Microsoft did not invent or write MS-DOS; they bought a modified clone of Gary Kildall's CPM from Seattle Computer (who called it QDOS) and renamed it MS-DOS before licensing it to IBM.

Gates/Microsoft did not invent windowing; Windows began as a poorly written imitation of graphical interface of Apple's Lisa (which was itself an imitation of the Xerox PARC Alto workstation).

Gates/Microsoft did not invent spreadsheets; Lotus Software pioneered the category with Lotus 123. Excel (and Microsoft's earlier unsuccessful Multiplan) are me-too products that drove the actual innovators out of the market.

You should have left out the second story - too complicated and definitely not as outrageous as the yacht witch.

I think your comparison with the young black man hits the nail on the head, though. If you have money in the U.S., you are at least on level with the law, if not possibly above it.