The curse of John Mitchell: How a middle of the road guy like me became a raving leftist—without changing any of my political opinions 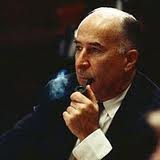 Back in my Mid-20th-Century college days I was a centrist Democrat. I supported the tax structure as it was (I seem to remember that the maximum rate for the really, really well-fixed was up around 70 percent for part of their incomes. They grumbled, but I don't recall anybody publicly declaring it was "socialism." And by the way, the economy boomed under higher taxes.)

I, and all Democrats, and nearly all Republicans were for Social Security. At least that's even what most of the Republicans said. They didn't dare say otherwise or their constituents would have voted them out of office.
I hadn't heard the subject of Medicare come up yet, but I would have been for it. Years later, a more-or-less centrist Democrat named Lyndon Johnson came out for it. And got it. I approved.
I believed in a stronger national defense than we have today. There was a thing called the draft. I hated dealing with it, and I hated my days at Fort Dix, but I was for the draft.
(Vietnam shook my support for the draft some, but only because of Vietnam. In retrospect, the rising tide of anger among young people that they might lose their lives for what turned out to be a fantasy, and even the sympathetic anger of some of their parents, probably helped bring the war to a close sooner.)
Yesterday' centrist is
today's left winger
I still favor almost exactly the same things today. So how come I'm suddenly considered a raving leftist in my dotage?
I haven't found support for this during a quick dive into Google, but I distinctly remember John N. Mitchell, who was Nixon's attorney general, venomously telling a TV interviewer, "This country is going to far to the right you're not going to believe it." I'm pretty sure I'm not imagining that I saw the old sourpuss says this, some time before he did time for his participation in the Watergate scandal.
Well, the vindictive SOB was right. We moved so far to the right that we're even to the right of John N. Mitchell, who while a New York State official tried to borrow money in defiance of the voters with something called "moral obligation bonds."
Mitchell's dead. But his
evil curse lives on.
What's happened is, a huge chunk of Americans have gone so far to the right that they're now voting to destroy themselves.
They didn't object to national debt under George W. Bush, but now they're objecting to any debt that could turn the economy around, bring up the value of their homes, and get everybody working again.
In Mid-20th Century America, most middle class Americans didn't object to higher taxes on a small part of the income of the richest Americans, but now we object—even though it's the lack of taxation that will eventually destroy our national defense, our economy, and our own lives.
Most middle-of-the-road Americans lived with the draft — hated as it was — from WWI through Viet Nam. Say two good things for the draft:
1) The draft gave us a real national defense, for which we've now substituted a bunch of video games (like "Drone the Wedding" and "Blow Up Some Building in Bagdad") and a ragtag bunch of over-used, overwhelmed, exhausted and too-old soldiers who get shot and exploded to pieces without the nation troubling itself much about them.
2)The draft kept us out of some wars and shortened others. Had drafted Americans been dying in Bagdad while George Bush shrugged, mobs of enraged Americans would have taken apart the White House, brick by brick. The Congress is alert enough to its own interests to know they would be next, and not to repeat the civilian unrest brought on by a draft-fed Viet Nam.
Where do you
stand today?
What is now "centrist"—like Barack Obama—used to be considered conservative Republicans. What are now right wing Republicans used to be considered batshit crazy lunatics. And today's batshit crazy lunatics like the "Tea Party" party-goers, Michelle Bachmann, Sharron Angle, and Mitch McConnell, and John Boehner, and this week's version of John McCain would have been locked up in mental institutions because they're a danger to themselves and others.
So I'm a Mid-20th-Century Centrist, and if you think I'm a leftist, you're so far right that even John Mitchell wouldn't believe you and it's time for you to check yourself in at the funny farm.
Posted by The New York Crank at 10:30 AM

Labels: John N. Mitchell, Politics, what is a centrist?

I found myself in nearly complete agreement with the author, having had much the same experiences and the same thoughts. However, I had never placed the blame with John Mitchell but was more likely to put Ronald Reagan as the pivotal character who pushed this country so far to the right.

I do wish the author had spent a few more words on why the fault was at the feet of John Mitchell.

The high-end tax rate under Eisenhower was 91 percent. And Ike defended the nation's tax rates, saying that America needed to pay its bills.
Today, our leaders just rack up massive debts and put it all on the tab.
The interesting thing is: back in the 1950s, despite the progressive tax rate, the nation thrived.
We had a national 10 percent savings rate (vastly higher than today's puny savings rates).
And our economy was the envy of the world.
Back then, we really were No. 1.
Today, we just think we are.

I never said it was Mitchell who actually pushed the United States to the right. He just predicted it.

I never said it was Mitchell who actually pushed the United States to the right. He just predicted it.